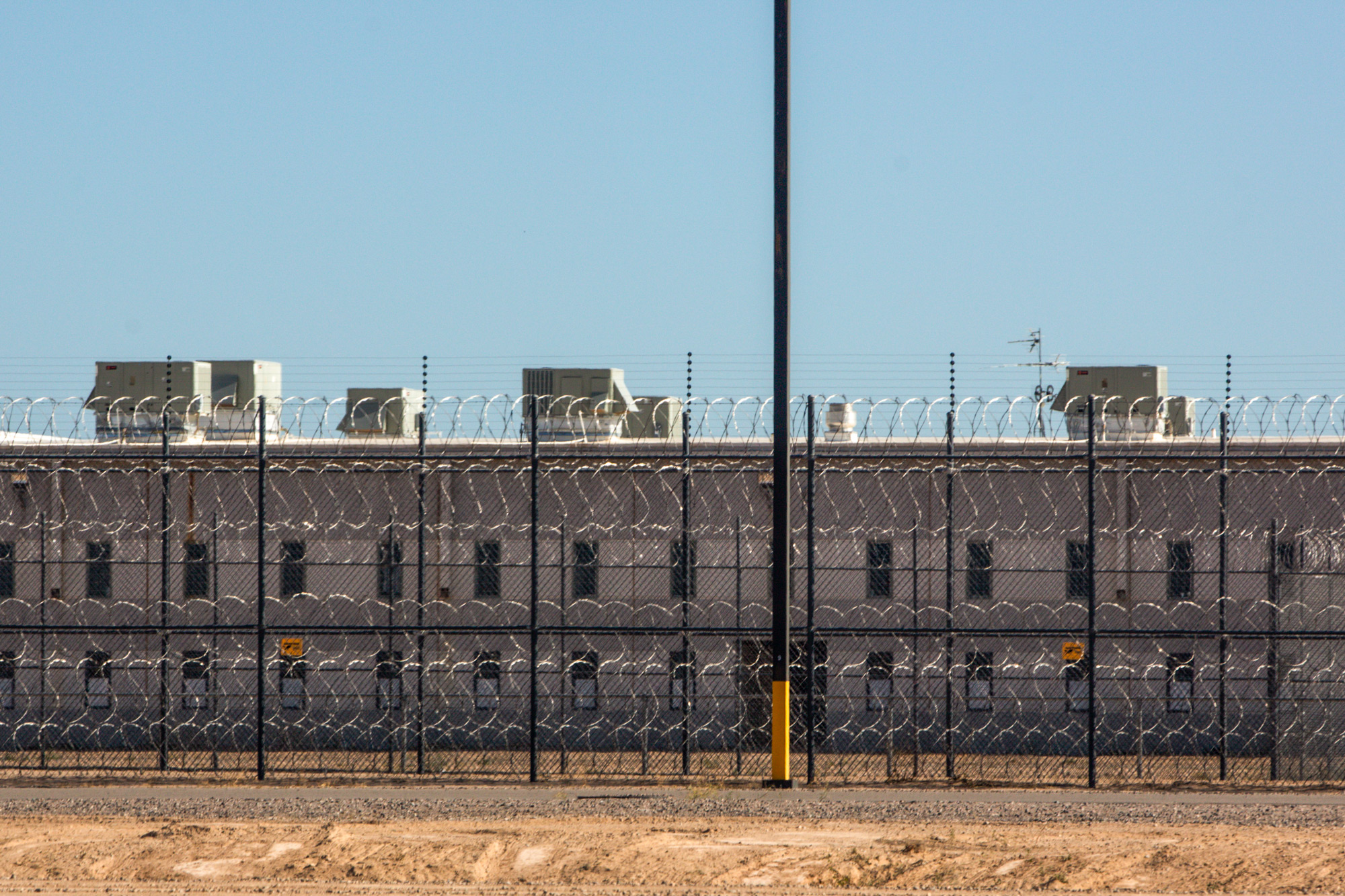 PHOENIX – Three days after U.S. Immigration and Customs Enforcement officials claimed in court filings that there were no longer any active or suspected COVID-19 cases in an Arizona immigration detention facility, four more detainees there tested positive for the virus.

The additional cases were posted on ICE’s Coronavirus guidance website, which lists daily updates about new confirmed COVID-19 infections at immigrant detention facilities across the U.S.

The surge in cases at the La Palma Correctional Center in Eloy contradicts the agency’s claims made in a court filing submitted on April 13, and calls into question the efficacy of ICE’s tactics for limiting the spread of COVID-19 in facilities holding more than 32,000 immigrants across the U.S.

According to ICE, twelve immigrants in Arizona detention facilities have tested positive for COVID-19 as of April 16 – six at La Palma and six at the Florence Detention Center. Nationally, cases jumped from 49 to 100 over the past week.

The court documents stem from a lawsuit brought by the Florence Immigrant & Refugee Rights Project, an immigrant advocacy group that sued ICE officials on behalf of eight detainees with pre-existing health conditions in La Palma and the Eloy detention centers. The group hopes to persuade a federal judge to compel ICE officials to release its clients given the threat of COVID-19.

But earlier this week, ICE officials argued that they didn’t need to release immigrants held in La Palma because the agency was taking steps to contain the virus.

An ICE spokeswoman declined to comment on why court papers had stated there were no suspected cases at La Palma just days before four new cases were confirmed by laboratory tests.

Immigration detention is considered civil – rather than criminal – detention. It is not meant to be punitive, but instead is used to compel immigrants to attend deportation hearings and leave the country if they are ordered deported by a judge. In most cases, immigration officials have wide discretion to release people on bond, parole or alternatives to detention like ankle bracelets.

In court documents, ICE officials asserted “the testing and isolation protocols that are in place are reasonable steps to identify and isolate any such case should they occur.” The facility stopped admitting new detainees on March 31, and would not be accepting new detainees at La Palma until at least April 14, the documents stated.

Court documents also highlighted another ICE strategy, “cohorting,” which groups together detainees who are at risk for developing COVID-19 symptoms after known contact with someone who tested positive. Detainees are then monitored for 14 days and are isolated if they develop symptoms.

While ICE asserts its group cohorting tactic follows U.S. Centers for Disease Control and Prevention recommendations, those guidelines make clear it is a last resort strategy. Medical experts say it could lead to the virus spreading further.

CDC guidelines say “Cohorting should only be practiced if there are no other viable options.” The CDC also warns: “Cohorting multiple quarantined close contacts of a COVID-19 case could transmit COVID-19 from those who are infected to those who are uninfected.”

Before the April 13 court filing, ICE had not disclosed how many people in any Arizona immigration detention facility had been cohorted due to exposure. The agency also has not revealed how many detainees have been tested for COVID-19.

As ICE tries to contain the Coronavirus within its immigrant detention facilities, those inside fear the virus could already be spreading. The federal agency’s practices of grouping together detainees who may have been exposed to the virus, known as “cohorting,” is stirring controversy.

ICE has come under scrutiny by medical experts, advocates, lawyers and families of those detained, who argue that the agency has broad discretion to release detainees instead of keeping them in facilities where the virus could spread rapidly.

Earlier this week, ICE announced it had released nearly 700 individuals nationally in an effort to minimize the spread of the virus and is taking fewer people into its custody. In a statement, the agency said the number of people detained has dropped by 4,000 since March 1.

“Due to the unprecedented nature of COVID-19, U.S. Immigration and Customs Enforcement is reviewing cases of individuals in detention deemed to be at higher risk for severe illness as a result of COVID-19,” according to the statement. “Utilizing CDC guidance along with the advice of medical professionals, ICE may place individuals in a number of alternatives to detention options.  Decisions to release individuals in ICE custody occur every day on a case-by-case basis.”

The La Palma Correctional Center can hold more than 3,000 individuals, according to records, but ICE and CoreCivic – the private company operating the facility – declined to provide current figures.

As of April 13, ninety-eight immigrant detainees at La Palma were “cohorted,” and under daily supervision due to their exposure to the facility’s first confirmed case of COVID-19 on April 1, according to Jason Ciliberti, the ranking ICE officer at La Palma who filed a declaration for the lawsuit.

All La Palma detainees, even those without known exposure, “are cohorted in their respective housing units with meals being provided in the housing units and no inter-housing unit contact between detainees” until at least April 14, according to Ciliberti.

Ciliberti’s declaration also stated that the facility provides disinfectant cleaning spray and soap to all the housing units, and that it has encouraged staff and detainees to use the products liberally.

Growing tensions at the La Palma Correctional Center in Eloy, Arizona, have put the facility on edge as immigrant detainees have become increasingly vocal about what they perceive as a lack of effective protective measures against COVID-19.

But according to 17 detainees at La Palma interviewed by AZCIR, the declaration filed in court contradicts what they experience inside the facility. The men, most of whom are asylum seekers, are held in three separate housing pods. They described a shortage of cleaning supplies and soap, lack of access to medical care and expressed concern about contact with the general population through voluntary work in communal areas such as the kitchen.

Though ICE reported the first confirmed case of COVID-19 in La Palma on April 1 and Florence Detention Center on April 9, there are indications the virus might have been spreading in both facilities since late March. Guatemalan authorities announced this week that more than 50 percent of passengers on a March 26 deportation flight from Mesa, Arizona later tested positive for COVID-19 after they arrived in Guatemala.

ICE previously confirmed one man on that flight was held in the Florence Detention Center prior to deportation. Another man, who tested positive in Guatemala, had been held in La Palma before his March 25 removal.

Forty-four returning Guatemalans on an April 13 deportation flight have tested positive for the virus, a Guatemalan official said April 16.

March 26: A deportation flight departs from Mesa, Arizona and lands in Guatemala.

Editor’s Note: The Florence Immigrant & Refugee Rights Project lawsuit was filed with lawyers from Perkins Coie, LLP, including its partner Dan Barr, who previously represented AZCIR in a 2017 Freedom of Information Act lawsuit against the U.S. Department of Homeland Security. Barr and his firm have also provided media-related legal representation for reporters Jude Joffe-Block and Valeria Fernández.